This is the Roden Sd. Kfz. 233 Stummel.  Roden has released a series covering the major 8-Rad variants.  Detail is a little soft on the exterior and sparse on the interior.  They also suffer from an overly complex breakdown of the suspension components, which are completely hidden behind the wheels in any case.  Some of the accessories such as the spare helmets and jerry cans are noticeably underscale.  All of that can be managed however, and the kits look good built up  Overall a nice kit.  The suspension is over-engineered and assembly is fiddly but it built up nicely.  When I placed the figures it was surprising just how small the fighting compartment must have been. 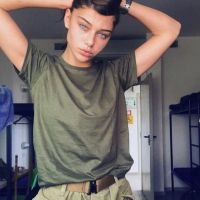 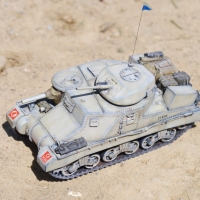