Here is a nice selection of original color photographs of the Curtiss XSB2C-1 Helldiver prototype, Navy Bureau Number 1758.  These are from the NASM Archives, Rudy Arnold Collection.

BuNo 1758 was completed on 13DEC40 in time to wear the Navy’s colorful Yellow Wing scheme.  Foreshadowing a troubled program, the prototype suffered three crashes.  On 09FEB41 the prototype sustained minor damage due to an engine failure but was repaired, only to be damaged again due to landing gear failure May.  The aircraft was rebuilt at this point to reduce engine overheating and stability problems.  The forward fuselage was lengthened by one foot (30 cm) in an effort to improve stability.  When this proved insufficient the vertical tail surface was enlarged.  Cooling flaps and propeller cuffs were installed and an oil cooler scoop was added under the cowl.  The prototype was lost to structural failure during dive tests on 21DEC41.

Although some sources claim these pictures were taken during the aircraft’s maiden flight, the modifications noted above are present fixing the date as AUG41 at the earliest.  The Curtiss-Wright test pilot seen here is Robert Fausel.  Interestingly, earlier Fausel was credited with destroying a Japanese bomber over China as a civilian Curtiss factory representative. 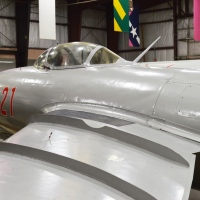 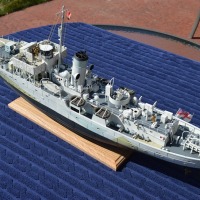