Design a site like this with WordPress.com
Get started
Skip to content
Jeff Groves Finished Models February 16, 2021

Bf 110G-4 of Oberst Helmut Lent, IV /NJG1, Leeuwarden Netherlands, Spring 1943.  Eduard kit, Aimes decals.  FuG 220 Lichtenstein SN-2 array replaced with the turned brass aftermarket version from Master Model, the small FuG 218C antenna is scratchbuilt. Helmut Lent began the war flying the Messerschmitt Bf 110 with Zerstörergeschwader 76 in the heavy fighter role.  He participated in both the Polish and Norwegian Campaigns, during the latter he landed his damaged Bf 110 at Fornebu and negotiated the surrender of the Norwegian forces there.  He participated in the Battle of Britain and had achieved eight day victories before being trained as a night fighter pilot.  As a Nachtjagder he scored steadily, eventually reaching the total of 110 victories and being awarded the Knight’s Cross of the Iron Cross with Oak Leaves, Swords and Diamonds.  He was killed on 05OCT44 when his Junkers Ju 88 crashed while attempting to land at Paterborn after the runway was damaged by USAAF B-17s. 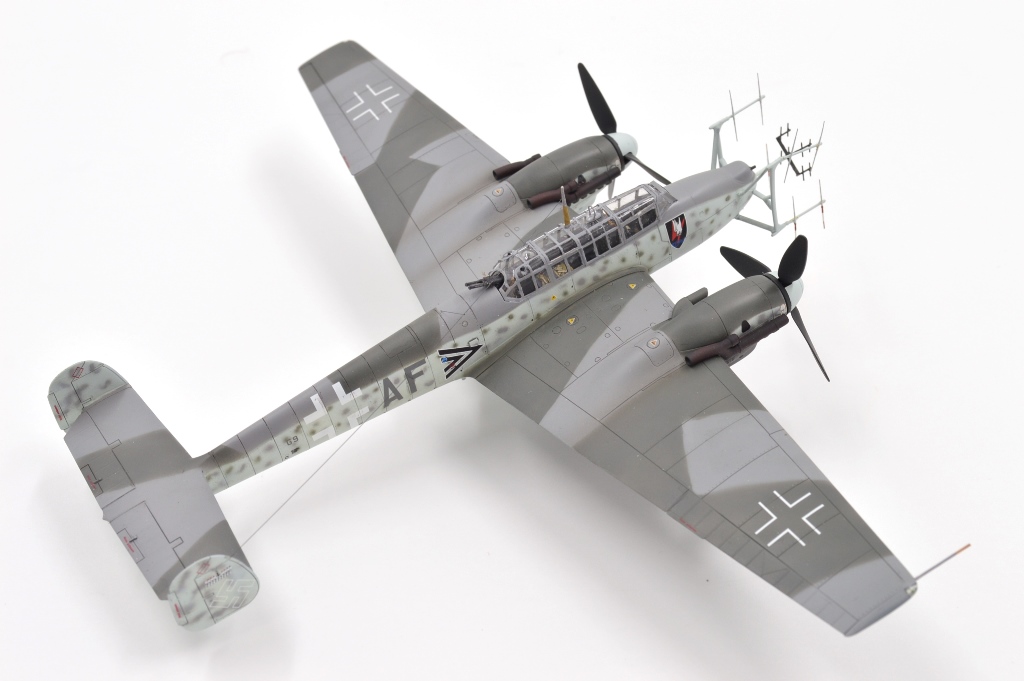 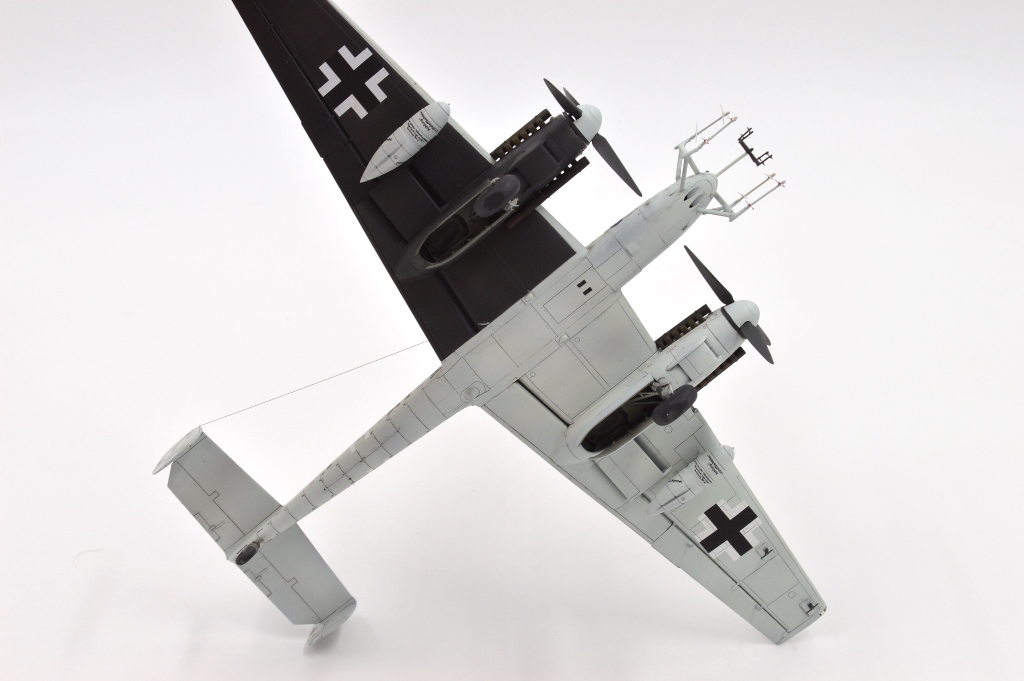 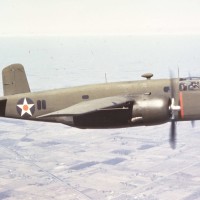