This is the Messerschmitt Me 262A-1a of Major Theodor Weissenberger Stab JG 7, Parchim, Germany, March 1945.  Weissenburger achieved the majority of his victories while flying against the Soviets in the northern extremes of the Eastern Front, first with JG 77 flying the Bf 110 and later with JG 5 flying the Bf 109.  He was transferred along with I./JG 5 to the West on Defense of the Reich duties shortly before the Normandy invasion.  He was one of the seemingly rare Experten who successfully made the transition from East to West and continued to score against the USAAF and RAF.  He survived the war with a total of 208 victories, including 8 with the Me 262.  He was killed in an automobile racing accident in 1950. 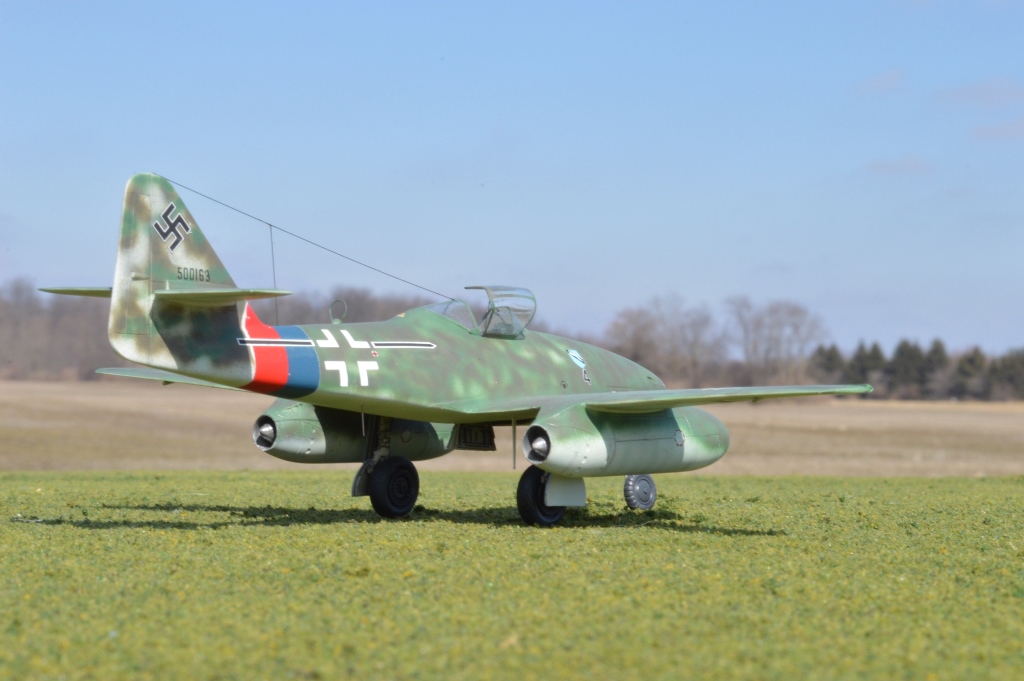 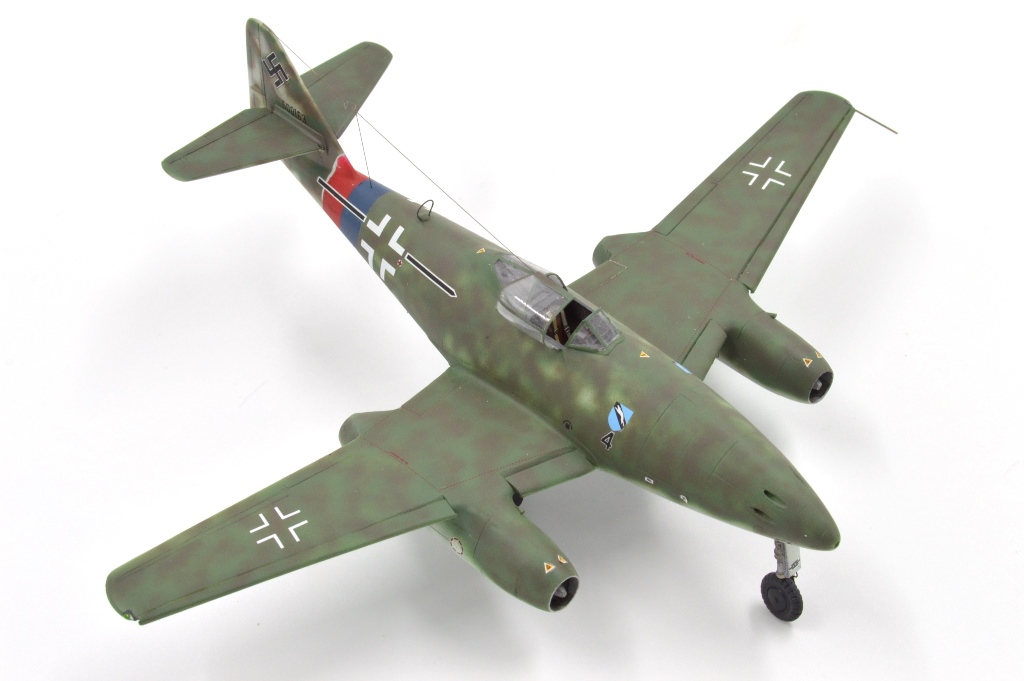 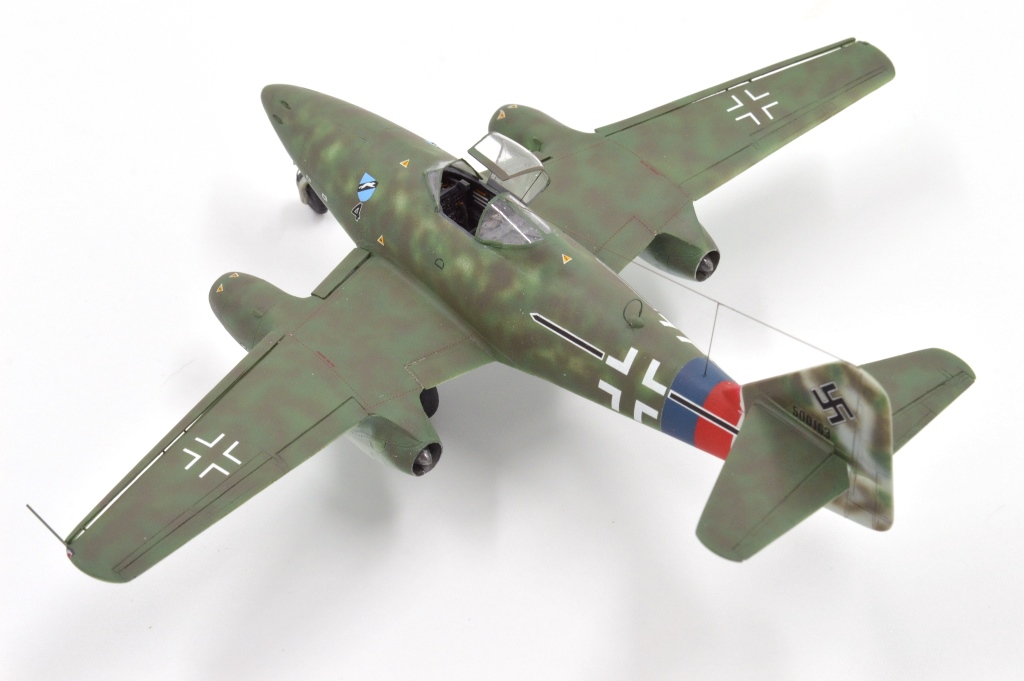