Design a site like this with WordPress.com
Get started
Skip to content
Jeff Groves Book Reviews October 3, 2022

Ernest Hemmingway gained the most fame for his literary works, but underlying the author was a man who craved adventure.  He is probably most famous for his work during the Spanish Civil War, where he filed reports as a newspaper correspondent and assisted making the film The Spanish Earth.  Politically he ardently opposed Fascism and had strong Communist sympathies.  Hemmingway strove to be in the heat of the action and was inclined to participate in events himself whenever possible, especially on his own terms.  The settings and characters he encountered during his time in Spain were incorporated into his novel For Whom the Bell Tolls.

During the Second World War Hemmingway maintained residences in Idaho and Cuba.  Eager to participate in the war, he was able to persuade the Government to allow him to operate his private boat Pilar as a privateer of sorts.  He brought aboard various infantry weapons, grenades, and demolition charges and went out to sea patrolling for U-boats and secret German bases on the islands.  His intention was to come alongside a surfaced submarine, overpower the crew on deck, and sink her with explosives.  Perhaps it is best his sole contribution to the naval war was reporting a single submarine sighting.

He was later able to cover the Normandy landings as a War Correspondent, and soon became close friends with Colonel Charles “Buck” Lanham, commanding the 22nd Infantry Regiment.  Lanham gave Hemmingway a Jeep and a driver.  He acted as an unofficial scout of sorts, and briefly commanded a French resistance group.  On another occasion he helped defend the 22nd’s Headquarters with a Thompson during a German counterattack.  These actions resulted in him being brought up on charges as a Correspondent was not to participate in military actions.  Hemmingway was acquitted, and was later awarded a Bronze Star.

Author Nicholas Reynolds is a former CIA officer and curator of the CIA museum, and this is where the “spy” portion of the title comes into play.  Supposedly Hemmingway was recruited by the NKVD due to his Communist leanings, but there does not appear to be any evidence that he actually supplied the NKVD with any information.  For that matter, it is unclear what information he would have had access to which would have been of value to the Soviets.  Throughout the book Reynolds postulates possible scenarios without much evidence.  I found these to be a distraction, and remain unconvinced.

There are several wartime anecdotes and details of Hemmingway’s life of which I was not aware.  This book is interesting in many ways but the author’s fixation on pushing the spy narrative detracts from the story. 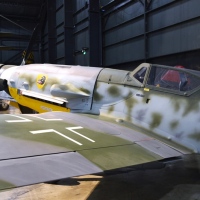